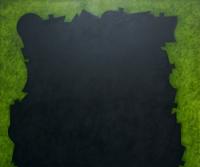 Ambit I
tap image to enlarge

Samuel Walsh has won many awards for his work in Ireland including:

His work has also been supported by a number of busaries and grants from the Arts Council of Ireland, Clare County Council Arts Office and from the Cultural Relations Committee of Ireland's Department of Foreign Affairs (now known as Culture Ireland).

Internationally his work has been recognised and awarded in international exhibitions:

He has also undertaken a number of commissions for private companies and public bodies: